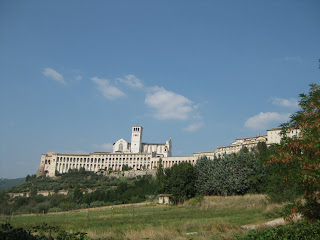 I love Assisi. I love the town plan, I love the view from the basilica, I love the light pinks & grays of the stones dating back to the Middle Ages that illuminate the pilgrimage, I love St. Francis, I love St. Clare, I was even excited to be nearly left behind by the group, because that would have meant more time in Assisi. 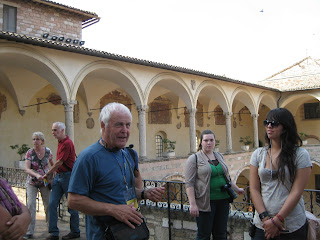 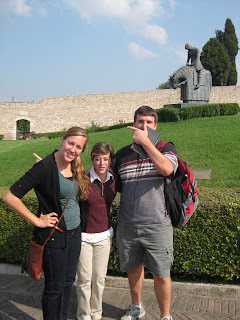 "Can you take our picture with the church in the background? That way" 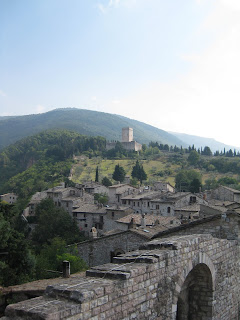 It's really not unlike Castiglione, where the medieval walls make you feel like you can be stricken with the Black Plague at any moment (not really that you are in fear, but you get the idea, right? admittedly though, that was my first thought when I saw a dead rat near a sewer).

The air in the basilica of St. Francis was thick with holiness, or grace, or something that made me physically feel that we were in God's presence. And the frescoes that depicted his life! They read like a pictorial book.

"We have television, the internet. They had the Church."

"Now we ascend to the upper church, we ascend in spirit and in consciousness, we as men ascend to God, do you understand the significance of the maisons' design?" -Paolo