my Bologna has a first name

Our next adventure was a rather hastily planned trip to Bologna and Ravenna. Got up early enough to see the sunrise. 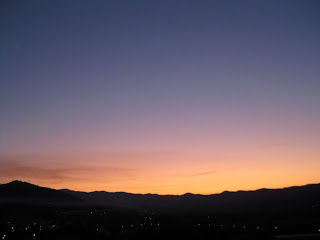 Beautiful, isn't it? And it's pretty all over the world.

Me and the 6 other girls would not be discouraged by any train confusion, no way! We were even inspired to sing. A little pastry treat helps to sooth any fatigue or irritation. 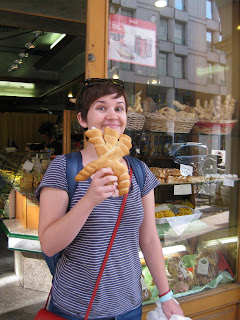 Hannah and her "squiggly bread"

We visited the Medieval Museum and were helped by the sweetest curators, who know so much and wanted so badly for us to understand Italian! They spoke slowly and simply and we learned quite a bit, actually. As it is in many towns, the current elevation of Bologna is higher than what is was in the Middle Ages. In the museum, we were able to see the old road exposed. Yay for learninggg 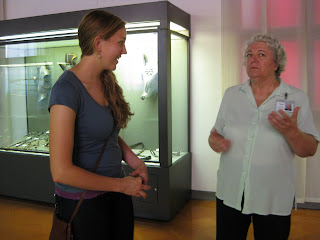 And of course, we saw several beautiful churches–notably the very large San Petronio basilica. Marveled over the architecture, and I sneakily bought a bottle of wine made specifically for the basilica. Only Catholics.

Then, what we waited approximately one hour for...LASAGNA. Bolognese lasagna, so we read, was the thing to get. And oh my gracious, was it. This, my friends, is the stuff of dreams. I'm probably venturing back to this town just to get this taste of heaven again. 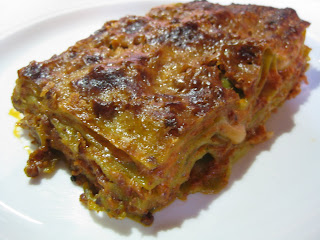 Speaking of tastes of heaven! The girls I traveled with are SO sweet to humor me in all my Catholic-ness. It must be positively laughable when I whip out my "Catholic Shrines of Western Europe" book and get excited over almost every single church. I was pumped but also a little nervous that they wanted to tag along to St. Catherine's shrine (patron saint of artists). How was I going to explain why I was there, why I cared, that she has been incorrupt since 1463?

And once again I was humbled by God's faithfulness. As we waited for the chapel with her body to open, a little old Italian priest (83 years old, 54 years a priest) shuffles in the church. He immediately comes over to us, begins to tell the story of St. "Cat," explains that the chapel is closed but he will try to get us in–which he does, then gives us an intimate tour of the relics & shrine, gives us prayer cards, and ultimately blesses us as a group. I was particularly struck by his words, "I tell you, this is the true body." 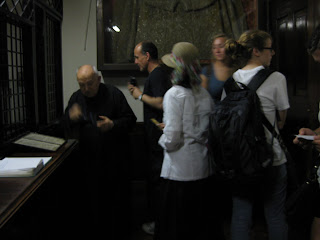 our precious priest, Father Valetine! he's the short one on the far left

It was incredibly moving, I think for all of us. It's one thing to have these holy encounters, but it's heightened when you're able to experience it with others, and to visibly see how God is drawing every person closer to himself!
Posted by carolyn12 at 8:45 AM