So the "fiorentino" in our town name translates to Florentine...so guess what city we went to? We've had the opportunity to go there twice, so I'll give you a twofer special and combine my experiences from both visits.

Our first view of this fantastic city, besides those from the windows of the bus, was from the steps of San Miniato al Monte. From the top of "al monte," we surveyed the colossal Duomo (the world's third largest cathedral), Santa Croce, Santa Maria Novella, the old city walls. 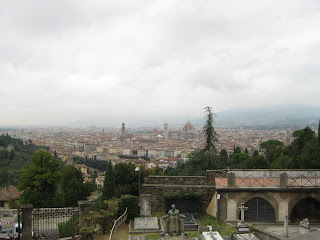 (Paolo, the director of the Santa Chiara study center, acted as our tour guide (he'll do this often throughout our semester). The man is a Florentine, and an absolute genius. He is truly a walking encyclopedia with a philosophical outlook, and makes me question and think in ways I never thought possible. You'll often see me dodging through our group, trying to be side-by-side with him and soak up some of his knowledge. He's the cute, little old man in some of these pics). 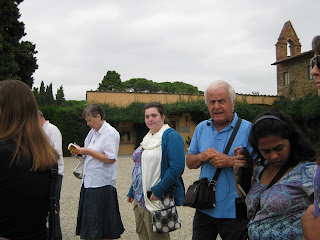 At San Miniato, Paolo commented on architecture linking man to God. Sightseeing church after church, and I think I'm beginning to understand.

Next, Santa Croce, which houses the tombs of some pretty famous peeps: Michelangelo, Galileo, Machiavelli. 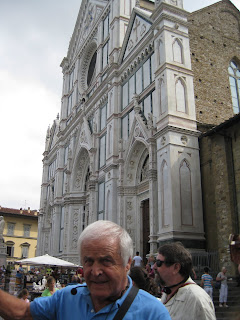 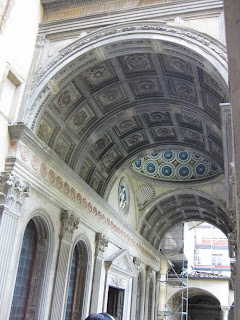 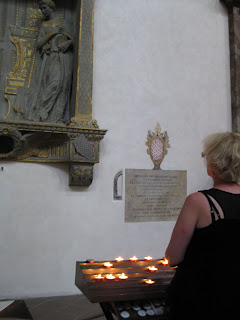 The Annunciation, sculpted by Donatello (I think)

Lunch at Trattoria del Pennello, where the artistic talent of Michelangelo and Albertinelli, permeates the wall (they ate and drank here) and where I feasted upon THE BEST tortellino you will ever taste. Like, the kind of food that could possibly spark conversion. Can you see my excitement? 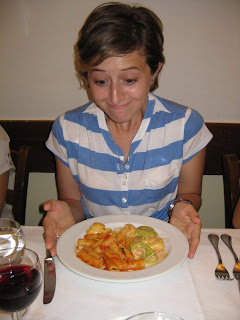 And the Cathedral! In a nutshell: it's really big, the facade was a much later addition, it's breathtakingly beautiful. 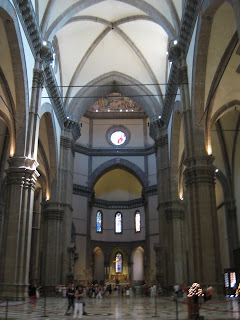 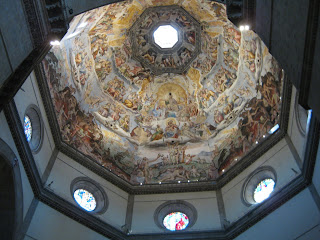 This Pietà, by Michelangelo (whose work I fell in love with very quickly), used to be inside. 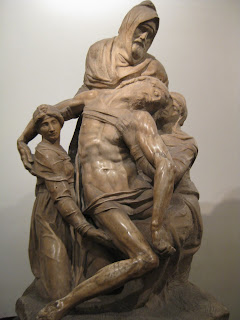 A visit to the scenic Ponte di Vecchio: 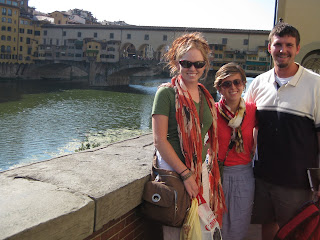 And a rather informative tour at the Galileo Galilei Museum, where we learned about the history and progression of science (thank you, Medici family) and the father of modern science. Even his bones were on display, it's like he's a secular saint!

Finished off with what is considered the world's best gelato at Vivoli's (even Paolo confirms). 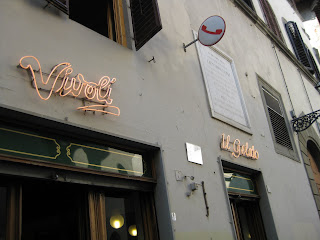