Au revoir to Sarah, while Kristen and I went on to beautiful Prague.

The city is pretty fantastic in the sense that everything is really old, and intriguing, and even if you don't know what you're looking at, it's great to just peruse. I still don't know much about the CR, other than it used to be under Communist rule, and it has this really old bridge called Charles Bridge, and a castle, and hot wine. Oh, and really, really, really good beer, or "pivo." 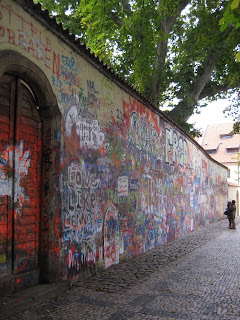 Stumbling upon St. Nick's tower was probably the most informative/interesting thing we did. The church tower had been used as a cute little apartment for the bell-ringer, but when the Communist government took over, it was used by the secret police as a watchtower. Oh, boy, was that exhibit eerie. A soundtrack of 40s-50s Czech music put us back in time as we ascended the spiral staircase and looked at B&W spy-pics of "political suspects." Creepy creepy creepy. 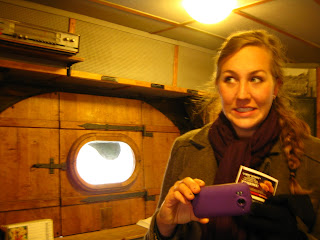 Kristin & the Czech flag. this one's for her kolache-making, pivo-drinking grandparents! 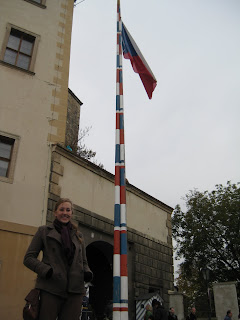 did I mention how good the beer is? monk-made. best pivo I've ever had. 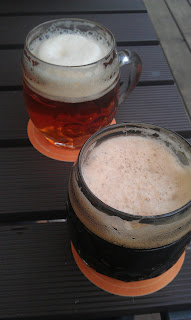 Other best part of Prague are the beautiful walking trails, with hundreds of trees turned orange & red from the cold.

creepy little Commie hide outs in the forest! so many secrets! 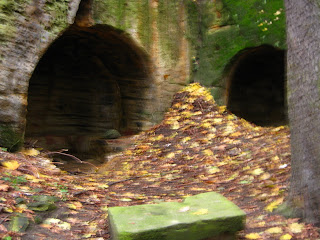 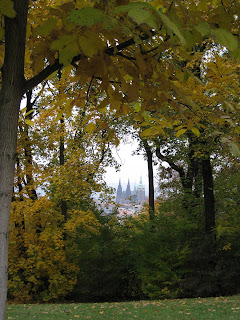 Prague at night! Warning: unsafe if you are alone! 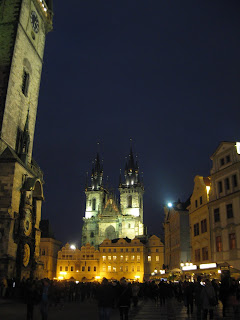 Just a glimpse of a beautiful and interesting city, and a little taste of the East European culture.
Posted by carolyn12 at 10:09 AM