Our day begins around 5:30am, with the aim of leaving the convent in Nevers by 6:30...yeah. A traditional French breakfast was set out for us: bread, cheese (brie & gruyere), nutella, honey, coffee = YUM. And as if by providence, the pouring rain stopped just long enough for us to make it to the train station. 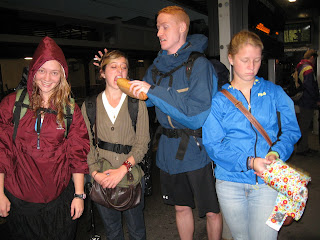 Things got pretty exciting when our train to Paris slowed down for some unknown reason, causing a delay. We had approximately 1 hour to make it across town via metro to the other train station. Basically, it went as thus: run off the train, run to the metro, stay on said metro for 30ish minutes, sprint .25 miles to the train station, sprint onto train, then walk all the way to the back of the train before finding seats, dripping with sweat and wafting our ripe scent through each car. After our adrenaline rush wore off, our 6 hour train ride to Lourdes involved naps and an enticing game of checkers, played with orange peel and craisins: 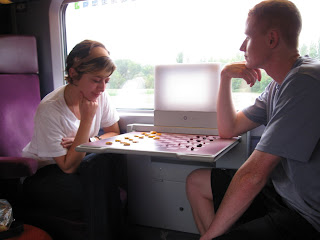 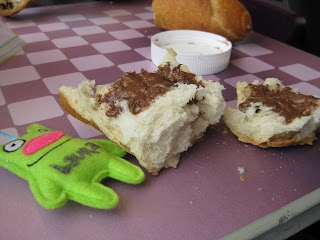 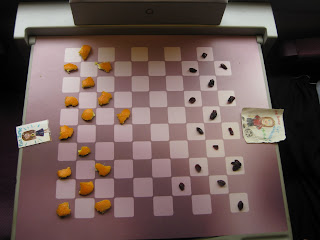 There are some experiences and encounters with God that the human language fails to properly describe, and I have very few words to explain the beauty of Lourdes. What I can tell you that it is a pilgrim hotspot, with thousands of people around. And that the Virgin Mary appeared there to St. Bernadette in 1858, encouraging devotion to her Son, and that miracles and healings have occurred there ever since.

And it so so beautiful! And my heart is completely on fire with love! But you know, friends, I was reflecting on the past couple of days, and thought, "This is so hard to believe. How can we believe that this is true? That God is even real?" And I watched person after person run their hands along the grotto where she appeared. Each one was searching and touching and grasping for God, for meaning, for healing. In the beauty of this struggle to see him, it's as if God is saying, "Yes, I'm real! I exist! And I love you!" 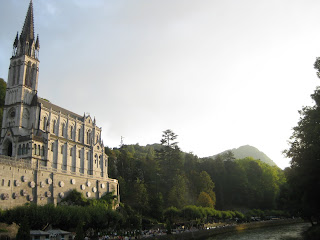 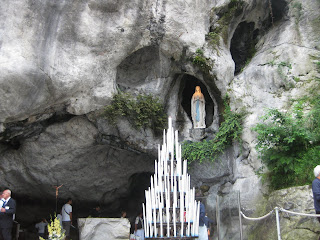 Yes, dear friends, I thought of each one of you at Lourdes.
Posted by carolyn12 at 2:05 PM