Reason #743 I can thank my Grandpa

We said goodbye to our beloved George & Christel, and headed for the Normandy region of France.

Oh, France. There is something about you, with your snobbery, and butter, and cheese, and cuisine, and wine, and rolling green hills, and cows, that pulls at my heart almost more than anywhere else. You wouldn't believe how pretty driving through Normandy is. It's SO green, and the cows are the happiest in the world (the proof is in the butter and cheese).

The story of this relationship is pretty incredible, really. If you've read my previous posts, you know that my Grandpa was a POW during WWII, and that he's a Cajun, and fluent in French. He's also one of the most social people I've ever known–we've often lost him, only to find him minutes later talking to the train conductor, or pilot or something.

So! Years ago, the French Huard family up and moved to Louisiana. The handshake between Don (Gpa) and Claude Huard was the beginning of a lifelong friendship. You see, Claude, too, had been a prisoner during the war. But because Claude & his wife Simone participated in a branch of the French Resistance directly under de Gaulle, he was an important "political enemy" of the Germans. This led to his 22 months of imprisonment in two concentration camps, the last one being Dachau.

Though Claude died at a nice old age, I had the great privilege to travel with my mom and Gpa to France 5 years ago to meet Simone and her son, Rene, and daughter Mimi.
16 year old self and Don (Grandpa) in Normandy. lookin like a wee little babyyy! 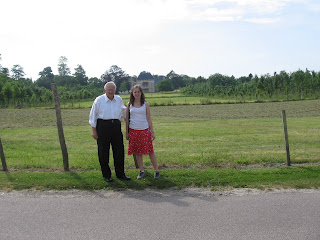 Sixteen then, twenty-one now. It's pretty surreal to be back.

Rene sent his colleagues (he drives an airport shuttle for a living) to pick us up from the train station and take us to the hotel. We settled into our teensy tiny room (now we know why it's so cheap)!

our hotel. seriously, it doesn't extend much beyond the frame. baguettes + cheese was a repeated meal. 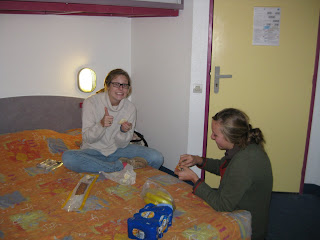 Rene picks us up for a cafeteria-style dinner, and we talk and talk...or rather, he talks and talks. No matter, the man is a wealth of knowledge and stories–can you imagine having a father like his? He drives us into Rosel, the little town where he and his mother and sister live. Even though it's nighttime, my heart does leaps along the drive there, as I recognize one landmark after another, and as we pull up in front of their house. 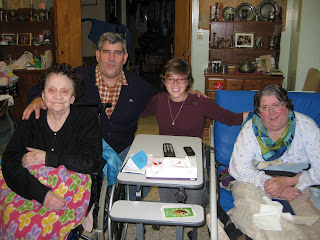 Oh, my God, what a reunion. It was as if I had just been there yesterday. I ran over to Mimi and Simone. There are kisses and tears, especially as the first thing they tell me is, "We pray for you and your family everyday!" And when Simone reminds us how important it is to pray– talking about how Claude didn't want to while imprisoned, but did anyway with the hopes he would see his family again. If only we could soak up the wisdom of 92-year-old French women more often.

The next day we visit Bayeux, see the famous Battle of Hastings tapestry–world's longest–and the beautiful Notre Dame Cathedral that probably preserved the town from bombing during the war.

Notre Dame in Bayeux. there is nothing quite like the energy of French Gothic architecture 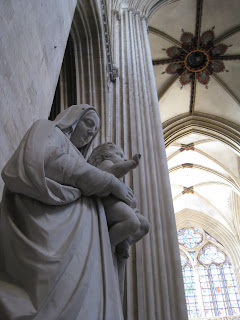 the river in Bayeux 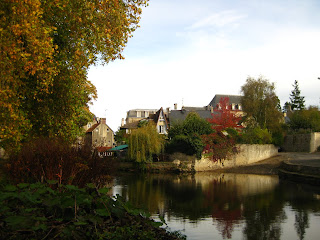 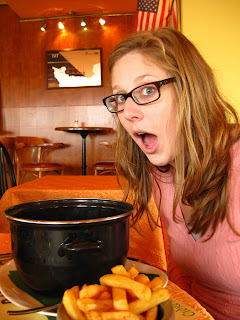 Rene also gave us a tour of the American Cemetery in Normandy, which overlooks Omaha beach. (This is another site I saw 5 years ago, when the mayor of a nearby town gave Grandpa the keys to his city. Gpa spent D-Day in the German prison camp, but simply because he is a WWII veteran, the citizens are still grateful to this day).

I can't even begin to explain how powerful and beautiful this place is. Rene told us that the grass surrounding each white cross (there are 9,387 of them) is cut by hand daily, because edgers damage the marble. What a labor of love! Something new for me was the visitors' center, which also serves as a sort of D-Day museum...If we only knew how awful storming that beach was.

What more can I say? It's emotionally draining; it made us miss home terribly. And I firmly believe that every U.S. citizen should make the effort to visit and pay respect to those who "gave their consecutive freedom to ensure that we have ours." Read more here.

Rene at the Cemetery 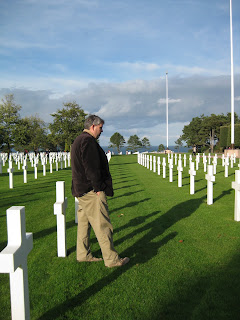 a view of the cliffs. 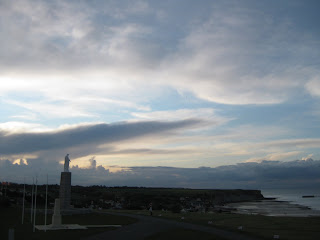 How else were we spoiled in France? For one thing, Rene set it up so we were able to make the trip to Mont-Saint-Michel, and fantastic cathedral/abbey/prison/medieval town located on a small island. You can't get to the place if the tides are high! As we learned from Pierre, our driver, (how's that for a stereotypical French name?) construction on the island began in 708, when according to legend, St. Michael the Archangel appeared to the bishop and insisted he build a church on the island. 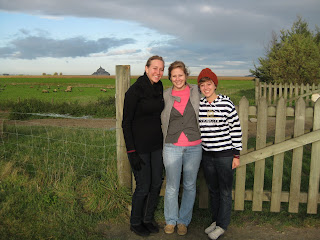 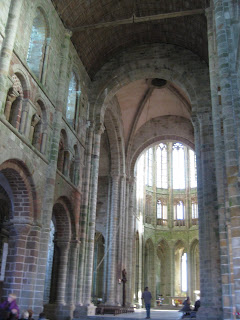 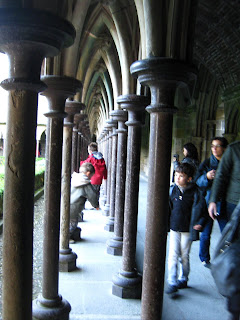 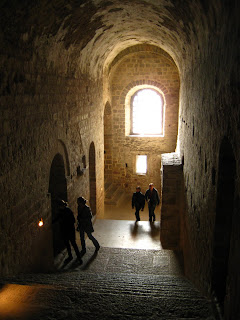 Rene drove us all the way to Paris from Caen for us to catch our flights. When we thanked him, he simply asserted, "I just remember how much Uncle Don did for Dad when he had nothing. You treat people right, and it will come back to you."

This blog post is brought to you by my grandfather and hero, Don Menard.

Aaaand, more poetry. I can't help but be inspired :

One handshake, how many years ago

how he lights up at that
beautiful tongue of the Franks
when he hears it or speaks it
and how
his aged body,
shuffling steps,
cannot keep up with his youthful spirit–
not crushed in that prison–
and the love in his clear
blue eyes.

how he helped Claude
and Claude helped him
(there is something shared that only
prisoners can know).
So now Claude’s son
voice like a trumpet, running
unceasingly
helps us

Helps us to see with the eyes of his father
who
bombed trains,
cut wires–
anything to stop the bastards.
We would call him a terrorist now.

Who endured
22 months
of torture–
oh God, what lungs can hold it?
Rightfully caused him to doubt
this supposedly
all-loving,
all-good,
Christian God.

fireball of a French woman
sedentary body but
running mind,
tells us
Claude did not want to pray

But no, I am sorry
precious Lord,
I love you.
I want to see my
Simone,
my son
again.
I want to
live again.

Did he see it in Don’s clear
blue eyes?
Or feel the ache in his shoulder
when he stood before a man
with hands like hams
took the blow
for a Jute?

Don weeps at Claude’s grave,
before his body
and the Body of Christ.

If I did not comprehend
the stain of original sin
earned and passed down from
our once-naked parents–
I know now.

How every deed we assign ourselves to
commit ripples down from generation
to generation.

Because Don shook Claude’s hand
(what those hands did and, maybe
what they protected eyes from seeing–
callused as bodies
withered and dropped
like flies)

Man with the trumpet voice
remembers the handshake
firm and sincere.

That’s how Don ran a business.